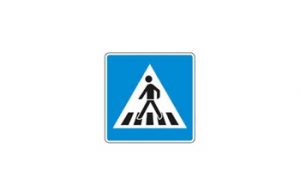 One thought on “GIVE ME MY RIGHTFUL SPACE TO WALK”