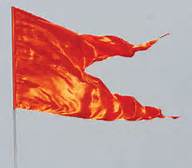 The recently held elections in BrihanMumbai Municipal Corporation (BMC) and in 3 states mainly Uttar Pradesh (UP), Goa & Manipur have shown interesting patterns. Firstly the Bharatiya Janta Party is here to stay at the national level, whether I may like it or not. Till now there seems to be no formidable, as cunning and vicious an opposition like the Narendra Modi led BJP. Without him the party is zero. This reminds me of the Indira Gandhi times. In fact in 1999 when I ws in Bellary covering Sonia Gandhi’s election rallies, I remember Bellary voters showing me their palms & saying ‘Indira.’

I am no poll pundit & do not wish to be, however 2 friends, who most will call Bhaiyyas, lived for a week in UP & were there, had something to tell me . One hardcore supporter of BJP & 1 not at all had same things to say. The bhakt met me a day before the results and he told me “BJP ne communal line lee hai, jab ki UP ke logon ko pasand hai.” Modi camped for 3 full days in Benaras and Varanashi. He conducted 3 rallies & undertook campaign walks every day. 18 hours his obsession after the first 2 phases was how to turn the mood of the people in favour of BJP. He was told that first 2 phases were not in their favour. His strategy was simple, target the 3 main parties. SP supported Yadavs, Congress the Muslims and BSP supported Dalits, Modi told the majority he was with them. friend told me, “Neeta, this is going to mark the difference just see in a few hours.” It was tremendous, undoubtedly.

The second person who met me this week corroborated the communal line. He added that BJP deliberately refused to give a ticket to any Muslim. This appealed to most Hindus. Moreover, he separated the Other Backward Caste (OBCs) people from the Yadavs & Dalits and said BJP was with them. Moreover, Modi emphasising in Hindi and the BJP line appealed to the people. Modi is the party & BJP is Modi as of today. This is stating the feedback I received a day before results & immediately after it.

Speaking of other states, the media missed deliberately the win of a rather large state Punjab. Considering its location, close to the seat of power, though it may be smaller to UP. UP definitely drives the pulse of the country, however the fact is Punjab is important. Congress defeated BJP and AAP. On the other hand, it also was a single largest in Goa and Manipur. The Congress strategy was to remain low key and not get into ‘horse-trading’ a term sadly used for buying loyalty of humans. The Goa is a classic case of a desperate ex-congressman who wanted power and many Goans (especially Christians) pinned their hopes on him and are now being let down. Vijai Sardesai of Goa Forward, who the Congress did not give a ticket to in 2014 has since then he blasted both the BJP and Congress. He has criticised Manohar Parrikar time and again & one can still see posts on his Facebook slamming Parrikar, defence minister & the BJP. He was in post-polls talks with the Congress, especially Digvijay Singh. Congress leadership has done NO wrong by delaying talks. There stands exposed the Goa Forward politician who has let down his voters & breached their trust. They voted against the BJP to keep that party out of power and he goes ahead to support them and will now be a minister in the same Parrikar’s cabinet.

Pathetically, leading editors & anchors of TV channels have ignored this point. May be the name sake editor who prided in his caste (Saraswat) as he tweeted in 2014, does not wish to highlight the negativity of his caste brethren. The main point is, for a change Congress acted wisely and has stayed away from money trading or buying over independents and take support from regional party for forming their government.

The sad part is Congress party leadership has failed to acknowledge the win in Punjab and did not tell its cadre to celebrate, for whatever reasons. They did not send a positive message boosting the morale of the Councillors who won in the BMC polls. This is where the leadership should be aggressive.

As for the future, if this Congress works dumping all the dead wood of their party in Maharashtra they have a chance in 2019. Overall, the party needs to lose a lot more to come out of its dynasty hangover. The media will be selective in its approach and coverage. While there are few committed pro Congress journos, it is equally bad the majority are pro-BJP. The need to remain neutral is felt even more. However, when the managements have been co-opted it is but obvious the reporters will be the targets. The editors are conveniently doing everything to please the managements. SO it is foolish to expect all ethics from the reporter who will face the consequences either way.