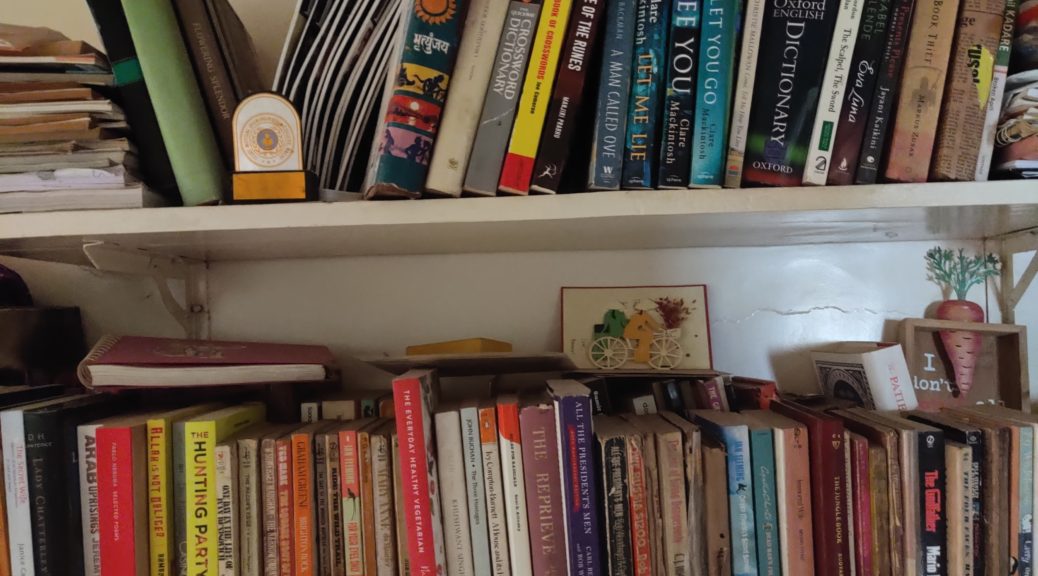 Still in March, when the number of Covid-19, cases just began to be reported..

Like the rest of the world My school batchmates and me too were grappling with the shut down. In order to keep ourselves sane and hang in there, we decided to capture some new corner with a theme everyday. Either something outside one’s house or within–decor, food, books anything

After the first case of Corona in India, which was reported towards the end of January, we have seen it grow across our country. Despite knowing it’s a pandemic, our central government took its te to respond. Worse, before the lockdown measures were not taken. Specifically, as regards maintaining supply of chain for essentials, mainly medicines, masks, PPE equipment, groceries and other bare essentials.

Worse, it has NEVER been communicated directly and simply to citizens what steps need to be taken, how physical contact, close proximity, droplets of the affected can spread to people ans they need to stay at home.

Worse still, when we look back, many mega events of all religions and communities have been allowed
This makes one wonder were permissions deliberately given? So first the Corona Virus was given a communal tone. As if Tablighi jamaat event was the cause of the virus. Repercussions of which are seen even today. Those very doctors who this biased government wants to protect are denying treatment to patients, be it Covid or non-Covid only because they are Muslims. Nobody has condemned the various Hindu religious yatras and pilgrimages. We will say just stop all of it.

The government refused to reign in those who took liberties to attack Muslims verbally or physically. The many NRIs who have moved abroad for better prospects however sought opportunity to jump on this bogey of criticising a particular religious community. Staying in the Middle East, they began writing, tweeting and uploading anti-Islamic and Muslim material. Before you knew, the Saudi royal family took to criticising the BJP government for failing to protect Muslims in India. This had an impact, suddenly our leader displayed streaks of enlightenment. Severely under pressure (Reminds me of Freddy Mercury’s Under Pressure song), a clarification was issued by the of India stating how Corona Virus sees no religion, caste. But the damage was already done.

Around this time, another problem was unfolding in India. The migrant workers who were rendered jobless and we’re at the mercy of local NGOs, people and state governments. They realised they wanted to go home. The whole dear of going hungry, starving has rendered them helpless. Suddenly all woke took to slamming them and again a majority daily wagers are minorities from different states. The central government had failed to address their problem and failed to notify states about it and ignored the rising financial need to feed these workers. Was it deliberate? None of this was rocket science or a state secret. If all work has been stopped it is but natural, the daily wagers would be jobless, penniless and would starve.

Such colossal indifference and negligence was not expected 8n these times. It led to the poor walking miles with whatever little bearings they had, barefoot and for days to reach their homes. It is but natural. If someone like me, within my city refuses to stay back at any friend’s house and be however late, travel back home to hit on my bed, why is it so difficult to understand these workers want to be with their families. They will get something respectful to eat. Their diet is not dal, rice, or whatever is being given. Camps where space cramped, must be congested and hot too.

Reminds me of the last 5 minutes of ‘Parasite’ film. After heavy floods, rich and poor, all end up at a camp in a gym, huddled together. The young man asks his father if he has a back up plan. He replies saying, life has no plans. He tells the lad, who would have thought the rich, landlords and them poor would be in the same situation facing it at one time, together

That is exactly the situation we are in. Now after the initial communalisation, when the funds from Middle East were threatened to be stopped, some.symbolic words were stated. Fact is life in times of Corona is a challenge. Quite a bit of an equaliser.