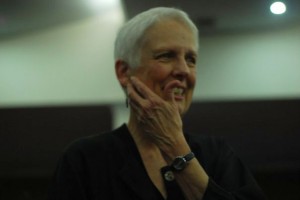 In our school history i am sure we studied History on Shivaji King. Having studied in a English protestant, elite school, Queen Mary school i have really vague memories of Shivaji Maharaj. i’d read a lot of Amar chitra Katha and that’s where i learnt true history. In that Dadoji was sports master of Shivaji, swords master & taught him few rules of the games.

This is all that one should be knowing abt Dadoji, yes its my personal opinion. I studied in ICSE so all except British raj, Indian freedom movement, the US independence, world history mattered rest was history as they say.

Dadoji was in the services of Shahji Raje Bhonsale. He developed city Shivapur as per order by Shahajiraje in 1636 and Lal Mahal in Pune the followingyear. Dadoji was a tutor of Shivaji and took care of Maharaj’s education from 1636 to 1646.

For me this is all the connection we should have had with Dadoji. Why? Because that’s all his place was in history & it should’ve been restricted to that much. The historians later on were educated. I mean post Shivaji. When education was introduced by the British. Now since the time i’ve learnt Indian history, society, social norms, Hindu religion, i’ve heard of Manu, the man who wrote his whims & fancies called as Manu smruti which became binding on our society. So he realised most in this country are naive, uneducated & could be taken for one big, long ride. Manu said the Brahmins only had the intellect. That’s a joke, coz I can find most dumb & unintellect Brahmins too. This apart, the fact is Brahmins wrote our history, that they were mostly men is another tickling issue. As a result majority feel ourhistory is skewed, lop sided & biased.

From the vague memories of Hisotry i have, i studied ICSE. Hence in the central board cirriculum Dadoji got just a mention i think. Shivaji Maharaj ofcourse had more pages and aptly so. However for the state board where the interference of politicians & educated intellectuals is more, the historians in Maharashtra have got lot more freedom to insert topics their personal bias & add extra information. It is obvious because the historians in the name of Shivaji have passed on ridiculous information which these Brahmins have gossiped since generations-abt Jija aau’s marital & sexual status. Which should be NOBODY’s concern. And that too from Brahmins, who’s women obviously must’ve been smarter than the Brahmin men during British time to have suddenly got kids that were so fair with green, blue & grey eyes. So they should be the last to talk about anybody’s personal lives. Let alone Jija aau, a single woman left to take care of an entire empire & groom a son to be a future King. And she did it ably, so no surprise that men gossiped & talked, espeically from upper castes.

The brahmin historians leaked this bit of information to an American writer, James Laine, who wrote a now-banned book Shivaji : The hindu king in Istlamic India. The Brahmin scholars in Pune from Bhandarkar Institute in the name of ‘folklore’ as in loose innane gossip passed on personal remarks alleging Jija aau to have personal relations with another man. The same they have stealthily tried to do with Dadoji’s existence in Shivaji Maharaj’s life. My point is even if this speculation had remotely existed, we were never born to corroborate it. So till now we have heard & read ONLY one side of hisotry -Elite, educated, intellectual historians.

Is this THE real history? We will never know. Should it be considered as history? Why, when some bit of information which is NOT corroborated, with no scientific analysis or investigation has been forced on us as history. Is it time to change this history? well Yes. And that is exactly what Sambhaji Brigade (SB) with behind the curtian support fm Nationalist Congress Party (NCP) is doing. Attempting to change history. When the underdog, when the deprived want to change history they are NOT taken seriously. They are questioned. Hence they have to fight, they have to make some noise to be heard. Then they are considered rebels. So that’s what SB did. The Sambhaji Brigade attacked the symbols that represented the Brahmins – first was Bhandarkar Institute. Now remember all this was being done in Pune metro. So-called intellectual city of Mah. It is called as the Educaiton capital..amusing because the educated accept information in the name of history & refus eot question it.

The SB members stoned Bhandarkar Institute and escalated violence betwen Right wing parties & Sambhaji Briagde took place. NCP supported SB and SB ensured James Laine’s book was banned. While i believe in creative freedom & expression, that shouldn’t be a garb for anyone to hurl unqualified accusations & taint character of any individual alive and more so dead. Becasue first & foremost it gets imprinted in black & white that the so-called piece of lewd gossip is then believed as true. Most often society gossips about women.

From Jaimes Laine’s controversy it was evident that the SB has come into being & will not allow loose comments on Shivaji King, history on Shivaji or his mother Jija mata. And they are justified. That is also the reason SB has become alert about Dadoji Konddeo’s information and they refuse to let it be accepted as ultimate in History.

Why do i agree with it? Because anything that should not be blown out of proportion, that shouldn’t be sensationalised is happening. As a result the younger generation tends to believe that since there are statues of Dadoji, even a full fledged stadium then there must be some truth to the information of Daoji. Dadoji must’ve really been a great sportsperson to have trained Shivaji maharaj. Well, not all are skeptics like me who question even history. See the result. loL!

The underdogs, Sambhaji Brigade have become watch dogs and how. Meticulously, they used the RTI -Right to Information Act to acquire information. They asked all official sources including Bal Bharti, the state eduation body questions on Shivaji’s history, whether Dadoji Konddeo was a sports master in teh first place. “Is there proof that Dadoji was Shivaji maharaj’s sports master? Was he maharaj’s trainer? They got a NO from every quarter.

Then they are justified in demanding – 1. Stop references to Dadjoi in Shivaji’s history, stop giving him more prominence than reqd. b. Remove all his statues and more importantly. C. Remove the name from Dadoji Konddeo stadium in Thane.

Sometimes underdogs are compelled to take extreme steps or indulge in few excesses, only then will we majority wake up to some reality & truths. I do hope this makes us question, see history in more neutral manner.